DIGITAL MANUFACTURING AS A STRATEGY FOR CHANGING THE VOCATION OF STUDENTS 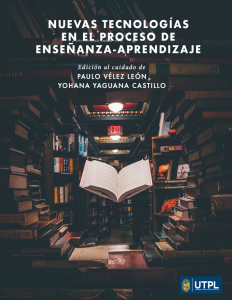 Abstract: The University of Guadalajara (UdeG), during the years 2016 and 2017 has developed a project for the installation of Digital Manufacturing Laboratories. In 2015 before this project begun, it was piloted with a laboratory of the FabLearn methodology of Stanford University. This proyect was funded by the government, with a fund called PROSOFT-2016, the UdeG ventured to expand the laboratories to all its High schools.

About The Project’s Background

The University of Guadalajara[1], together with its subsystems the High School Education (SEMS by its initials in Spanish) and the Virtual University (SUV by its initials in Spanish), worked with a pilot for the creation of a first digital manufacturing laboratory based on the FabLearn model in a Metropolitan High School called Number 20. This first experience represents an important effort for the institution, because thanks to the Stanford methodology FabLearn, positive results were achieved where 17% (Blikstein, Calderón and Otero 2016) of the students had a change of vocation having an interest in engineering, as well as they felt more competent in the use and creation through technology.

After the experience with High Scholl No.20, the SUV proposed a Project that consisted of two stages for the generation of digital manufacturing spaces in to the SEMS. For this Project, the own methodology was integrated, which was the product of the fusion of the FabLearn model and the competency–based training model, which is the general teaching–learning model of the national education system. The merger is suitable for the generation of skills that are involved in digital manufacturing and therefore the impact on the disciplines of Science, Technology, Engineering and Mathematics (STEM).

Within this same stage, an adapted methodology was developed, as already mentioned, as a result of the fusion of FabLearn and the competency model, as well as the previous experiences to integrate the laboratories in the Mexican context.

The second stage and which is in process and is not part of the current report, consists of the installation of more digital manufacturing laboratories in the SEMS, with the goal of having a laboratory in each of the more than 140 schools. The final vision is to impact in generating greater interest so that students have vocational careers in scientific development, technology, engineering and mathematics. This stage, as already mentioned in the process, requires a strong financing for the adaptation of the spaces and their equipment, as well as training for the teachers.

Financing Program For The Development Of The Software Industry – Prosoft 2016

The first stage of the Project was submitted to a competition for the participation in the government financing of the PROSOFT 2016 fund, this Project was titled; “Network of Digital Manufacturing Laboratories in the Higher Education System of the University of Guadalajara”, after being benefited, funds were obtained from the Ministry of Economy and the State Council of Science and Technology of Jalisco.

The general objective that defines the Project put to contest, is to impact in the medium term, the increasingly marked lack of professionals in the areas of digital technologies, such as engineering, computing, informatics and design, through the development of the Network Laboratories FabLearn that allows students to be trained in the SEMS of the UdeG, generating skills for innovation and creativity for the production of digital tools with added value, to motivate these students to enter to study basic careers technological.

The objectives that were established textually in the PROSOFT 2016 Project were (Chan et al 2017, p.7):

Initial development of the Digital Manufacturing Laboratories Network to be implemented in 7 educational spaces: 6 pilot high schools of the SEMS and a laboratory within the SUV. The stage integrates:

The implementation of the Project was possible due to the division of work teams. The training of the 8 professors at Stanford and the planning of the installation and equipment of the laboratories were started simultaneously. The training methodology for the FabLearn Laboratories was refined, as was the team of researchers from the Center for Applied Sciences and Technological Development (CCADET) of the National Autonomous University of Mexico (UNAM), in order to develop the instruments and the logistics for the evaluation of the impact of competencies on students. The entire Project was coordinated by the SUV. For the High Schools Education System, the Project was managed by the Directorate of Teaching and Research, which led and coordinated the Project to implement the laboratories and training with the High Schools.

These devices and which are the physical components that help the manifestation of the digital construction of this Project are 3: the laser cutter, the 3D printer and a laptop (Figure 1).

A total of 36 HP 240–5G laptops were purchased, 6 for each school; was equipped with 1 LZ 0906 laser cutter from Asia Robotica for each laboratory (7), the third basic device was the acquisition of 2 3D printers per laboratory Cube Pro Duo of 3D systems. Another device were microcontrollers: Arduino UNO and the GoGo Board.

For the physical adaptation of the laboratories it was necessary to adapt the spaces in terms of electrical installations, special physical facilities for the acquired equipment, the acquisition of furniture. The general configuration suggested is showed in Figure 2:

For the training of teachers of the High Schools Education System, a formative route was developed which consists of the following courses:

This training route was designed by the SEMS with its Directorate of Teacher Training and Research which also operated and financed the training of teachers from the 6 laboratories. During 2016 and 2017, 102 teachers from various SEMS schools were trained in a course that firstly it was called: “Design of learning environments based on digital manufacturing” and later it was called “Learning Environments based on Digital Manufacturing”.

The fusion of the FabLearn methodology and the context in which the Project is developed generated an adaptation that follows the basic principles of constructionism and learning by doing, with the direct manipulation of tools until reaching the production of tangible and functional prototypes.

Mainly, the skills of solving problems of social impact are promoted applying the technologies.

Another aspect that converges in training in a digital manufacturing space is collaboration, the development of communication skills that allow integrating the diverse knowledge of the students involved in the construction of a prototype.

Figure 4. Design thinking process and skills development, based on (Blikstein, Libow and Allen 2016)

As part of the evaluation applied by CCADET, an instrument was applied to 2,200 students and 54 teachers who were trained for digital manufacturing as part of the objectives of the PROSOFT 2016 Project, the following improvement points were generated in textual form (Chan et al 2017, p.38):

Within the present project we refer part of the experiences lived for the planning, execution, installation and operation of a digital manufacturing laboratory. It is important to emphasize the training processes for both teachers and students in the new paradigms proposed by the Industrial Revolution 4.0. The main contributions are the adaptation of pedagogy to the developed context, as well as the recommendations that emanated from the evaluation of the training of students and teachers. 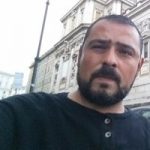 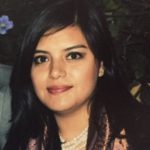 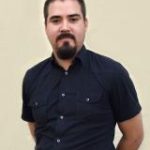